Be aware of BTC fud & scam

Bitcoin extended its losses during the course of the day on Thursday and is trading almost ten percent lower at around 51,000 dollars on a 24-hour basis. The latest statements by hedge fund legend and crypto skeptic Ray Dalio are probably not entirely innocent in this. He, too, sees parallels between the digital currency and gold – but not in a positive sense.

Rather, Dalio assumes that bitcoin could meet the same fate as the precious metal in the 1930s. He sees “a good chance” that bitcoin will be banned by the U.S. government – much like gold ownership was back then, he said in an interview with Yahoo Finance Editor-in-Chief Andy Serwer. 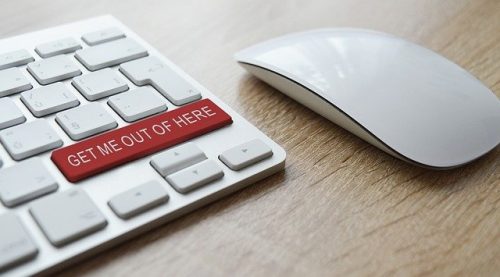 Ban discussions are as much a part of a decent bitcoin rally as fantastic price targets and the race to get bitcoin ETFs approved by the U.S. Securities and Exchange Commission (SEC). Nonetheless, they make for a high level of fear, uncertainty and doubt – FUD for short. This is also reflected in the Bitcoin price on Thursday, which has once again accelerated its correction and is lurching towards the 50,000 mark.

In any case, it is questionable whether government bans on the cryptocurrency are even technically possible and expedient. Instead, it would make more sense to develop legal and regulatory frameworks for dealing with cryptocurrencies. This is an approach that also supports, as it can strengthen the security and confidence of investors in the young asset class.

Even if bitcoin is heading downwards in the short term and many market participants are currently somewhat nervous: The medium- and long-term trends are still intact. Invested investors should therefore remain calm. Courageous newcomers may even be presented with a buying opportunity in the event of stabilization. However, if you plan to trade with Cryptocurrencies make sure to choose a reliable exchange like Binance, here is a good review. 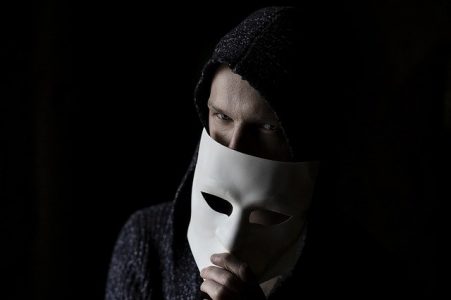 Bitcoin scammers use amazingly simple methods to rip off naive crypto fans on Twitter and YouTube. They can track the money flow afterwards, but cannot force the culprit to return the virtual money – that is the downside of the Bitcoin philosophy.

The hourly wage of a Bitcoin fraudster is considerable. A good $1650 per hour is what this one earned. How did he do it? He simply asked people on Youtube to transfer Bitcoin to him. An astonishing number of people responded to his call. Barely 24 hours later, he had $40,000 in his virtual wallet.

“This scam sounds totally trivial,” says Leon Berghoff of Sixtant, a high-frequency cryptocurrency trading firm. “But when you can reach the entire world with something like this, there are always some people who fall for it.”

The vast majority of Bitcoin scams work on the same, stunningly simple principle: In the vast majority of cases, people create an account on Twitter that looks and is named exactly like that of a famous user. “Bill Gates, for example,” says crypto expert Berghoff. “But in the first name, an L is replaced by a capital i. With a matching picture, it looks like the account of the real Bill Gates.” You can read more about BTC scams here.

From one, make two …

Everyone knows Microsoft founder Bill Gates. Cathie Wood, currently probably the hottest investor on Wall Street, in the stock market and crypto scene, too. Her name had been “borrowed” by the Youtube scammer in mid-March for his rip-off. One square bracket in front of her name, one behind. Then play a few old videos of her on continuous loop, and at first glance it really does look like the Bitcoin advocate is just broadcasting live on Youtube and talking about her latest investment tips.

And then there’s this little text box in the video that invites viewers to enter a sweepstakes: Anyone who transfers Bitcoins gets double the amount back. For a half, you get a whole one. Transfer a whole one, you get two back, and so on and so forth. It’s the modern version of the grandchild trick. Virtual, but just as cheap and clumsy. Aimed at users who are as inexperienced as they are greedy – and dream of quick money.

“It’s the same everywhere,” says Leon Berghoff. “When Elon Musk tweets, you see people underneath in the comments copying his picture and offering other people to double their cryptocurrency. People have probably been robbed of millions of US dollars or euros this way. You just have to understand that people like Elon Musk or Bill Gates don’t just give money to strangers. You have to explain how cryptocurrencies and the blockchain work so that inexperienced users don’t make mistakes.”

Who is in charge? No one.

In the YouTube scam involving Cathie Wood in March, one Bitcoin was worth $61,000. So anyone who transferred half a bit was a good $30,000 poorer a few seconds later. No one knows where the money ended up, although the scammers state quite openly where the Bitcoins should please be sent. On websites like blockchain.com, it is even possible to track which address received how many Bitcoins and when.

“That’s one of the peculiarities of cryptocurrencies,” Berghoff says. “You can track every transaction. But if you can’t link the address on the blockchain to a person, you don’t really have a chance of finding them.”

And if you’ve sent someone – intentionally or unintentionally – too many Bitcoin, or any Bitcoin at all, there’s no customer service to turn to. If the new owner refuses to refund, you’re screwed. The state has no jurisdiction, there is no blockchain or bitcoin oversight, and no private overseer.

It’s a philosophical question: how much control should the state have over its own assets? In the case of Bitcoin, none at all. “That’s the core,” says crypto expert Berghoff. “It’s about eliminating or bypassing intermediaries like banks. That’s the difference with normal currency systems, where a state or regulated companies stand in between as a central authority.”

Last summer, a then 17-year-old from the U.S. state of Florida framed a Twitter employee and took control of several world-famous accounts at once. Suddenly, future U.S. President Joe Biden, his predecessor Barack Obama, Tesla CEO Elon Musk, Bill Gates, Amazon founder Jeff Bezos, Apple’s corporate account and even Kim Kardashian were promoting the familiar model: send me one Bitcoin, I’ll send back two. Within hours, the teenager was $117,000 richer.

It was an inglorious day for Twitter and for the Bitcoin community. But the teenager had made a mistake; his name could be linked to his digital wallet address. In mid-March, he confessed in court and accepted three years in prison. I’m sure the next Bitcoin scammer won’t be so dumb. Don’t be either.