Recently, cryptocurrency prices have been extremely volatile and a lot of new services start to rise. Now there are growing indications that the U.S. wants to set a tighter framework for the now large market.

Look, up in the sky! It’s a bird! It’s a plane! It’s Superman! Phrases like these rang out from the loudspeakers decades ago when the well-known comic book character Clark Kent, alias Superman, appeared to save the world. With his X-ray vision, he can look through walls and partitions in the comics or even melt them with his laser eyes.

Supporters of cryptocurrencies like bitcoin, while having nothing to do with superheroes, have nevertheless embraced laser eyes in recent months. Those who support cryptocurrencies have decorated their professional images on social media with laser eyes. Among them are also some prominent names, such as football player Tom Brady or entrepreneur and A-list celebrity Paris Hilton. Some supporters add the hashtag #LaserRaytill100k.

Since the beginning of the week, many laser eyes are likely to turn their gaze away from the price, at least for the short term, and towards the USA. There, the financial authorities want to take cryptocurrencies like Bitcoin under their wing more than before. Michael Hsu, new head of the U.S. banking regulator OCC, told the Financial Times that he wants to create a “regulatory framework.” To do so, he plans to coordinate with other agencies in the future to set clear limits on cyber forex and better protect savers and investors. An initial meeting between officials from Hsu’s agency, Federal Reserve central bankers and Federal Deposit Insurance Corporation experts has already taken place, according to the report, with concrete plans to follow.

Hsu is not alone in his ambitions in the United States

U.S. Treasury Secretary Janet Yellen recently expressed concern that bitcoin could often be used for illegal financing. And Gary Gensler, head of the financial regulator SEC raised the prospect of regulation on crypto exchanges similar to those of normal exchanges such as the New York Stock Exchange. 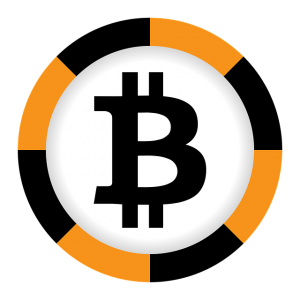 One reason for the regulatory plans is the high volatility. In recent years, the bitcoin price mostly stood out because it rose or fell very sharply, and investors and investors alternatively gained a lot of money or lost it overnight. After an initial high of more than $20,000 per bitcoin in 2018, the price fell to below $10,000 and bobbed around there for a long time, leading some observers to talk of a crypto winter. Then, from March 2020 onward, the price rose rapidly, reaching $60,000 in April 2021.

Since then, bitcoin and other cryptocurrencies have come under pressure. In May, the most important cyber currency went down by around 35 percent, at times a Bitcoin was only worth just under 30 000 dollars. One of the reasons was Tesla CEO Elon Musk, who first praised the Bitcoin to the skies for months and then publicly announced that Tesla would no longer accept Bitcoin payments after all because the cryptocurrency would consume too much energy. Complicating matters further were China’s ambitions to regulate the market more strictly as well.

Pay and play with Bitcoins