What is LTC / Litecoin?

Litecoin is more or less an improved Bitcoin clone. At its core, it is based on the same functional principles as Bitcoin. In other words, Litecoins are a decentralized cryptocurrency, the underlying blockchain is only used for the distribution and circulation of the cryptocurrency (i.e. it is earmarked), and transactions are verified by mining/extracting (proof of work).

Litecoin was developed by a former Google employee and has now been on the market for more than six years. As a result, Litecoins can probably be considered the most established altcoin in the pure cryptocurrency space. 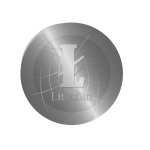 As mentioned, Litecoin is at its core just a modified variant of Bitcoin, which means that there are several competitors besides Bitcoin and its fork Kinderlein, from which Litecoin is not really decisively differentiated in technical terms. In fact, Litecoin itself was created by a Bitcoin fork. Litecoin’s efforts in the past revolved around achieving better scalability and far less centralized mining than is the case with Bitcoin.

This has been partially successful. Litecoin has very low transaction fees compared to Bitcoin
and a leaner mining algorithm. This was deliberately optimized for both CPU and GPU. Simply to prevent a concentration of hardware and thus mining capacities (i.e. a corresponding centralization). At the same time, however, to keep mining open for the broad masses. Simply because this corresponds to the decentralized idea and is intended to prevent concentrations of new emissions in the hands of ever fewer miners or mining pools.

Since new blocks are generated four times faster on the Litecoin blockchain than on that of Bitcoin, this should also ensure smoother and faster processes.

Where can you buy Litecoin?

Acquiring Litecoin is not difficult. Keeping in mind that they have been one of the top five cryptocurrencies for years and are possibly the most well-known altcoin (along with Ether and Ripple), access is relatively easy. Litecoins can be mined by joining a mining pool. Furthermore, they are traded on pretty much all crypto exchanges. Litecoins are one of the few altcoins that can be exchanged directly for fiat money without having to go through Bitcoin.

Please note: Cryptocurrencies are highly speculative. A total loss is possible. Think carefully about whether you want to invest money and inform yourself accordingly beforehand. See also our risk notice.

According to the good establishment, the acceptance of Litecoin is not to be despised. Via Litecoin’s own website you can get an overview of where you can trade Litecoin and where you can buy with it under the subpage “Businesses”.

Where can Litecoin be bought as a CFD? 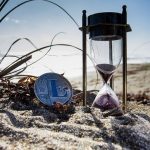 Many CFD brokers offer contracts for difference (CFD) on Litecoin. These are financial derivatives that belong to the category of so-called leverage products. Financial derivatives are those tradable items where you do not buy the underlying asset (be it a commodity, a currency or a stock) but a speculative reference security. These can be futures, options or CFDs.

CFDs have a leverage effect. If one speculates thus on certain value developments (quite also on falling courses) and in addition CFDs uses, the lever increases the profits ….. in addition, if necessary the losses. And this is exactly the crux of cryptocurrencies. They fluctuate extremely in value. If you now also emphasize the whole thing with leverage, it can very quickly become very adventurous. Especially if there is a margin call in the event of a loss. That becomes then no merry day.

Evaluation of the development of Litecoin so far

Litecoin is quite well positioned in the market due to its status as one of the oldest and most established altcoins. However, the fact that it stands apart from Bitcoin due to its better scaling should not be overstated. Since Bitcoin has also moved with the times a bit and its own scaling problems are the constant subject of improvements there, the discrepancy between Litecoin and Bitcoin has been put into perspective to some extent in this respect. But that does not change the fact that both have clear scaling problems.

The fact is that other altcoins and blockchain systems are already technically much more advanced. The current market position of Bitcoin and Litecoin should not obscure the fact that other cryptocurrencies and blockchain providers offer much more innovative products whose long-term perspective is simply better.

What stands out above all is that the proof of work of Bitcoin and its ilk is becoming more and more of a disadvantage. By its very nature, it is a very inefficient method of generating consensus within the blockchain because it ties up an incredible amount of computing power. Much more than would actually be necessary. This is justified by the fact that the entire mining pools, all of which are rushing to make a new calculation, are racing to the top.

And for every large miner or mining pool that ultimately solves the task and is thus rewarded, all the others are looking down the tube – which doesn’t change the fact in the slightest that they have expended significant computational effort and energy. That’s why the PoW system is so wasteful ….. and slow. Because all of these simultaneous computations are, of course, taxing the blockchain.

Litecoin, like bitcoin itself, is still doing well in the market. But technologically, this cannot really be justified. And this reality will create facts in the medium to long term, unless the crypto dinosaurs Bitcoin and Litecoin reinvent themselves.