Will Bitcoin soon be as rare as gold?

The 2020 halving effect, i.e. the halving of the reward for Bitcoin mining, is causing fantasies, and even central bankers are currently very concerned with cryptocurrencies. Will bitcoin come back with a vengeance in 2020?

Quite a few investors continue to dream of the next crypto high that will take prices to new dimensions. Most famous is the forecast of John McAfee, who recently proclaimed again the mark of one million dollars for the Bitcoin in the coming year. BayernLB’s latest price target of $90,000 per coin seems almost conservative.

Both McAfee and BayernLB point to scarcity as a price catalyst. The fact is, there are currently 18 million bitcoins, or about 85 percent of all coins, already in circulation. This leaves only a good three million coins that are still being mined.

According to estimates, about seven million Bitcoins are lost because the access data of the wallets are missing. “Bitcoin is therefore a scarce commodity, which has a positive effect on the ratio of already existing coins (stock) and the additional supply produced (flow),” concludes Carlo Alberto de Casa, chief analyst at British broker ActivTrades.

Bitcoin soon as rare as gold 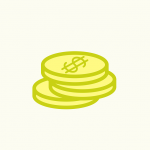 For gold as a commodity, the so-called stock-to-flow ratio derived from this is around 58. And this is where the upcoming Bitcoin halving in 2020 comes into play: every four years, the amount of new Bitcoins created per block is halved.

Probably in May 2020, the block reward will drop from the current 12.5 to 6.25 Bitcoins. Correspondingly, the stock-to-flow ratio also increases from 25 to a good 50. Bitcoin would then be similarly rare as gold. Based on the model, the fair price would be around ten times the current level.

Why the bitcoin price could recover soon

In the two halving events at the end of 2012 and 2016, a bottom was observed twelve months before the date. This roadmap seems to be taking hold now as well, with the price already making significant gains since the spring. A look in the rear-view mirror also shows that a few months after the halving, the price made strong gains and a clear trend acceleration set in.

The intriguing question, however, is whether the price trend can break free of bitcoin’s continued lack of acceptance as a store of value and use as digital cash. There is still no practical use, and even the plans of some companies, such as Facebook, to introduce their own currencies seem to be falling through. 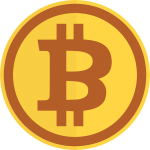 On the other hand, however, activity at some central banks is raising eyebrows. Following Facebook’s announcement, the ECB pulled plans for the blockchain-based e-euro out of the drawer.

And in the trade dispute between the U.S. and China, Beijing could soon counter with a surprising development: China’s central bank is apparently also working on a specially developed digital cryptocurrency, which, like the e-euro, is likely to be based on the stable-coin approach.

Finally, the question remains how willing investors can safely speculate on Bitcoin and other cryptocurrencies. Some direct crypto exchanges turned out not to be safe in the past. At the provider Vontobel can be bet on Bitcoin by certificate, at the broker eToro are more than half a dozen cryptocurrencies on offer, which let investors speculate directly on them and mirror the price one to one.

One detour is the Bitcoin Group stock. It closely follows the trajectory of its namesake, and Feingold Research often uses it as a vehicle to link the stock market and the crypto market. This is because Bitcoin Group often reacts somewhat delayed to volatility in bitcoin, and this is exactly what smart investors take advantage of.